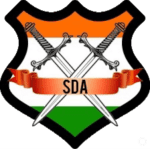 Join for successful written exam & Give shape to your career 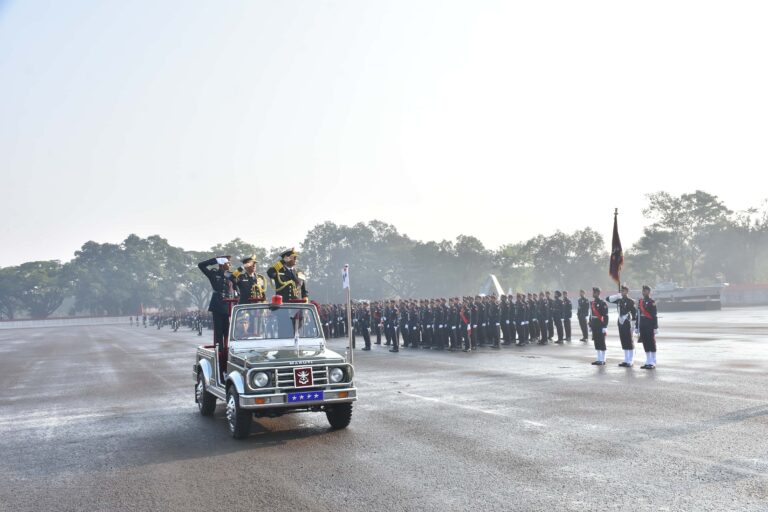 The National Defence Institution (NDA) is the Indian Armed Forces’ Joint Services academy, where cadets from the Army, Navy, and Air Force train together before proceeding to pre-commissioning training at their service schools. The NDA is located in Khadakwasla, Maharashtra, near Pune. It is the world’s first tri-service academy.

Since the academy’s inception, NDA graduates have commanded and fought in every major conflict in which the Indian Armed Forces has been called to action. Three Param Vir Chakra winners and nine Ashoka Chakra holders are among the alumni. To present, the National Defense Academy has produced 27 service Chiefs of Staff. The current Chiefs of Staff of the Army, Navy, and Air Force are all NDA graduates.

If you are eager to serve your country, simply enrol in our NDA programme. We will prepare you for the NDA exam, bringing you one step closer to realising your ambition.

The Union Public Service Commission determines the NDA qualifying conditions. Candidates who wish to take the NDA tests may do so only if they meet the NDA Eligibility Criteria. The NDA qualifying standards include four major components that all candidates must meet.

The four major factors of NDA eligibility are as follows:

In the official notice, the UPSC specifies NDA/ NA eligibility in great detail. On December 21st, 2022, the Commission will announce the UPSC NDA 2 2023 test. Candidates can review the NDA Notification for further information.

UPSC publishes a full description of the Naval Academy eligibility condition required for the test in the official notification. The following table summarises the highlights of the comprehensive qualifying requirements, as stated further below in the article:

The level of the examination is national level. Union Public Service Commission is the conducting body of the NDA examination.

The selection process of the examination conducts two phases:

The exam is conducted for the position of Lieutenant.

The age limit for the examination is:

The minimum qualification required to appear in the examination is:

Unmarried female and male candidates are eligible for appearing in the examination as per the eligibility criteria.

The Supreme Court of India granted an interim order permitting female candidates to register for the 2021 test. For information on female applicants’ NDA eligibility, please see the following:

The height, weight, and eyesight requirements for female NDA Exam applicants are the same as those for male applicants.

Male and female candidates must fulfil the same NDA conditions, including marital status.

12th Class pass the 10+2 School Education pattern or similar test administered by a State Education Board or a University.

12th Class pass of the 10+2 school education pattern or equivalent with Physics, Chemistry, and Mathematics taught by a State Education Board or a University.

12th Class pass of the 10+2 school education pattern or equivalent with Physics, Chemistry, and Mathematics taught by a State Education Board or a University.

The NDA selection process consists of three major stages. They are as follows:

However, the NDA 1 2023 Exam Pattern is available below:

The written test is made up of two components of the NDA syllabus: the General Ability Test (GAT) and Mathematics. The GAT will assess your understanding of history, general knowledge, current events at home and abroad, English, science, and geography. On the other hand, the NDA’s Mathematics paper will include 10+2 questions.

The UPSC NDA syllabus allows for a maximum of 600 points for the GAT test, but only 300 for the Mathematics part. Finally, for those who pass the written exam criteria, UPSC will conduct the SSB/Interview.

Every applicant aspires to establish a career for himself/herself after completing his/her studies, and the National Defence Academy (NDA) Entrance Exam is a terrific alternative for them. Join the top NDA test tutoring for professional assistance and study materials to help you pass the NDA exam. We cover the whole syllabus in both traditional classroom courses and online/live sessions.

All test preparation will be provided by our qualified and experienced professors, who are well-versed in the entire selection process and will prepare you properly. 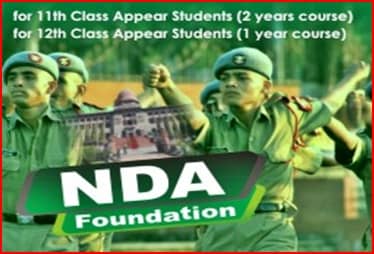 What Makes us the Best NDA Coaching Institute in Dehradun?

We know each & every need of students & therefore, with the preparation for written examinations, we also focus on the physical training of the students so that our students can excel in every field. Interview preparation is also done at our campus which motivates the students & develops self-confidence in them. We have a greater success rate in the NDA program than others that’s why we’re one of the Best NDA Coaching Institute in Dehradun. We always focus on the overall development of the students to make them multi-personality. Every member at our campus put in 100% effort to develop the best outcome every time.

The infrastructure at our campus is well-equipped with all the necessary facilities. We never compromise with the hard-work & also motivate our students to do hard work to get their dreams in their hands.

There are certain eligibility criteria under which a student must fall to attempt the NDA exam. 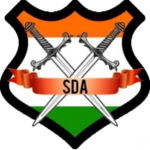